What is Cervical Cancer? And Why Should You Care? | BMTC | Kanpur 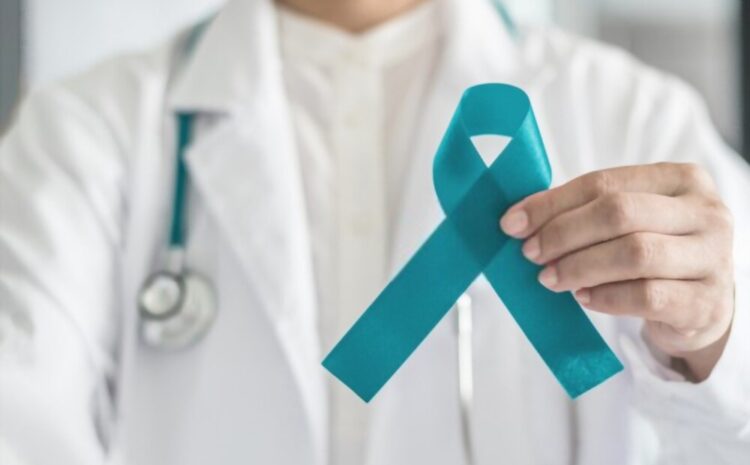 Cervical cancer is caused when cells change in women’s cervix, which links the uterus and vagina. This cancer can affect the deeper tissues of their cervix and may spread to other parts of their body (metastasize), often the lungs, liver, bladder, vagina, and rectum.

The maximum number of cases of cervical cancer are caused by infection with human papillomavirus (HPV), which is preventable with a vaccine.

Signs and symptoms of more-advanced cervical cancer include:

• Vaginal bleeding after intercourse, between periods or after menopause

• Watery, bloody vaginal discharge that may be heavy and have a foul odour

• Pelvic pain or pain during intercourse

🔷 WHEN TO SEE A DOCTOR

Make an appointment with Dr. Priyanka Bhargava, the best gynaecologist in Kanpur, if you have any signs or symptoms that concern you.

Cervical cancer tends to start when healthy cells in the cervix develop changes (mutations) in their DNA. A cell’s DNA contains the instructions that tells a cell what to do.

Healthy cells grow and multiply at a set rate, eventually dying at a set time. The mutations tell the cells to grow and multiply out of control, and they don’t die. The accumulating abnormal cells form a mass (tumor). Cancer cells invade nearby tissues and can break off from a tumor to spread (metastasize) elsewhere in the body.

The reasons behind what causes cervical cancer are not clear, but it’s certain that HPV plays a role. HPV is very common, and most people with the virus never develop cancer. This means other factors — such as your environment or your lifestyle choices — also determine whether you’ll develop cervical cancer.

• Adenocarcinoma – This type of cervical cancer begins in the column-shaped glandular cells that line the cervical canal.

Sometimes, both types of cells are involved in cervical cancer. Very rarely, cancer occurs in other cells in the cervix.

Risk factors for cervical cancer include:

2. Early sexual activity – Having sex at an early age increases your risk of HPV.

3. Other sexually transmitted infections (STIs) – Having other STIs — such as chlamydia, gonorrhea, syphilis and HIV/AIDS — increases your risk of HPV.

4. A weakened immune system – You may be more likely to develop cervical cancer if your immune system is weakened by another health condition and you have HPV.

To reduce your risk of cervical cancer:

Ask the expert Dr. Priyanka Bhargava about the HPV vaccine. Receiving a vaccination to prevent HPV infection may reduce your risk of cervical cancer and other HPV-related cancers. Ask your doctor whether an HPV vaccine is appropriate for you.

• Have routine Pap tests – Pap tests can detect precancerous conditions of the cervix, so they can be monitored or treated in order to prevent cervical cancer. Most medical organizations suggest beginning routine Pap tests at age 21 and repeating them every few years.

• Practice safe sex – Reduce your risk of cervical cancer by taking measures to prevent sexually transmitted infections, such as using a condom every time you have sex.

• Don’t smoke – If you don’t smoke, don’t start. If you do smoke, talk to the expert doctor about strategies to help you quit.

🔷 WHEN TO CALL YOUR DOCTOR

Bleeding after menopause is never normal, so talk to Dr. Priyanka Bhargava, the best gynaecologist in Kanpur as soon as possible if you have it.

Discuss with her if you have very heavy periods or often bleed between periods.

Some women have bleeding after intercourse, especially after vigorous sex. It’s probably nothing to worry about. But you might want to let your doctor know, especially if it happens a lot.

For any medical consultation, contact Dr. Priyanka Bhargava, the best gynaecologist in Kanpur.

© 2022, Bhargava Medical And Trauma Center. All Rights Reserved. | Developed and Managed Passionately by Growth Per Hour